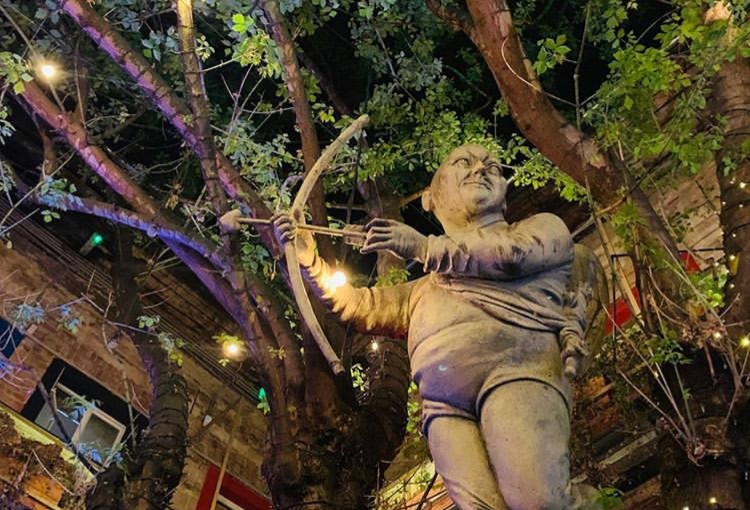 1999:  Decided I wanted a calm morning, so instead of getting into mum’s bed and making her sheets wet, I stood by the bed and told her I was wet.  At Edon’s we had to go shoe shopping for the kids.  Isn’t it bad enough that I have to do this with my mother?!  When mum picked me up, I had vest and trousers on as had been running around playing with the others and was very hot.  Also told mum I had a bad head.  When we were playing, Dan had fallen over backwards and fallen right onto my head. Ouch!  That hurt.  No real damage done though.  Mum managed to get me home with the temptation of seeing Action Man.  After quite a search we found him in my bed.

2019: We arrived in Budapest last night, after eventually clearing security at Stansted – Zof had scissors in her make up bag in hand luggage and so ensued a full search. Upon emptying the bag during the search, we both realised we had left our swimming costumes at home so bought some at the airport. Had a great day on the Hop on Hop off (ironic with my ankle) bus around the city, exploring, eating and drinking

1999:  Awoke at 3 and mum had to come up and get me as she is sleeping downstairs on the futon – far too many paint fumes in her room apparently!  We snuggled down on the settee and got up at 7 following at least 6 snoozes!  It was great, I could sit up in ‘bed’, drink milk and watch Teletubbies on TV.  After Edons mum and I went to the dentist for my first check up, I made sure I had crisps and juice first though for extra impact!  I happily opened my mouth wide and showed the dentist my crisp sodden teeth.  It could have been worse – mum usually has gooey coated sweetie mess on hers!  We went to the carpet shop to pick up my new carpet, but mum lost me and eventually found me crawling along the windowsill behind piles of carpet.  What?  I just wanted to try a bit of window modelling; after all she does enough window shopping.  As we were in town we just had to go in the new shoe shop (mum has an obsession), it was very posh with lots of lovely glass shelves.  Still, a few sessions of throwing mum’s car keys at them and the shoe shopping was soon over.  What’s the matter with her?  Think she must be having shoe withdrawals!

2019: Mums shoe obsession! As I got older I used to have to drag her away from shoe shops with her saying “you can never have too many shoes”. I also said this about fire engines (toy ones clearly). Although mum did have to drive past the fire station every day so I could see if Dennis was in or out. We had a shock one day when Dennis had gone and Sabre had taken his place.  I still think about doing this as a job but nothing locally at the moment. When I was about 7, Terry was in the last series of Londons Burning. I watched it over and over on video but was very disappointed when I found out he was not really a fireman – just an actor and comedian apparently. Mind you, Mum and I did manage to get in a scene, walking up pier hill in Southend when a whale apparently needed rescuing there. My fire engine collection has now gone but my shoe collection is growing!