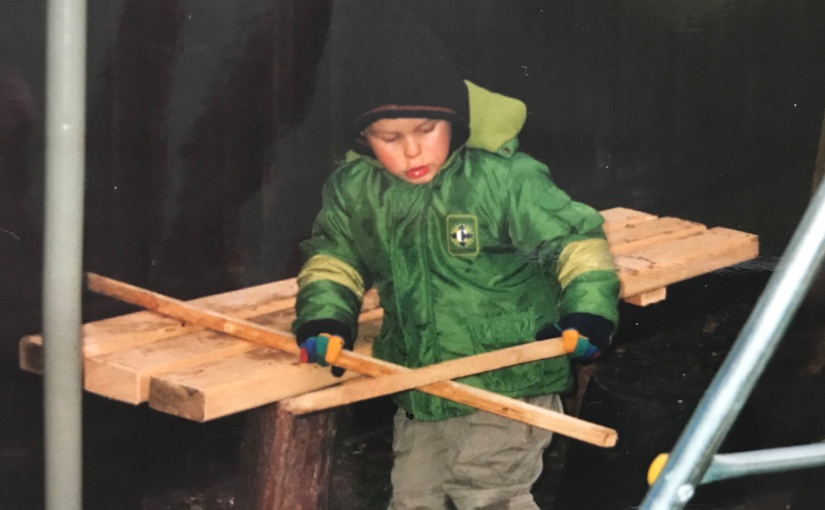 1999: Five o clock start this morning but played in my room until mum got up at six.  We did really well for time this morning and it would have continued if mummy hadn’t been so silly.  We turned out of our road when I had to say “mummy, my belt not on”.  She pulled over, strapped me in, went to pull away and stalled the car.  She then tried to start it over and over until it stunk of petrol.  We had to walk back home, get Al up (who had been working all night) and eventually we were back on the road.  When mum picked me up tonight I looked for sweeties.  She said she hadn’t bought me any but that she had bought me a present to which I said “oh, thank you mummy” – until I saw it – it was a boring old coat and a pair of army pyjamas.  Didn’t want tea tonight as decided to convince myself it was horrible before I’d even tried it.  I wrapped up warm and played in the garden – mending, building and working.

2019: No overtime for me today after all, which was just as well as yesterday was pay day. Nice date night at Bella and then out for a few bevvies and dancing. Great night but feeling a bit tired today. Missed the rugby as ad to drop Zof off for a nail course but mum has recorded it. Not that I could avoid hearing we are through to the world cup final as its everywhere!