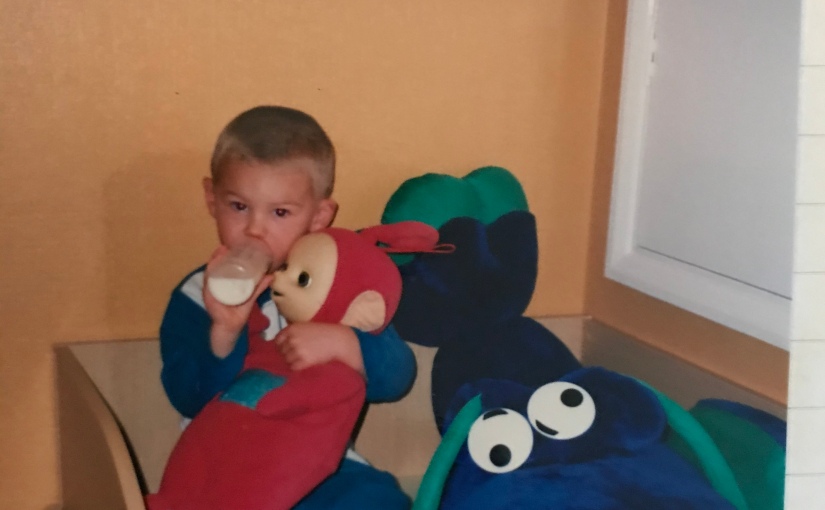 1999:  Ooops.  Think I woke up a bit too early this morning, don’t know what time it was but it was still dark and mum was not too impressed.  I think she was expecting a lie in due to the late night – you should know mother – it doesn’t make me sleep longer, it just makes me grumpier the next day.  Anyway, mum cuddled up in my bed with me and I dozed.  Milk was brought at 7.45 and mum went back to bed for half an hour until I awoke her with my stethoscope as I was the “doctor”.   Nanny and Pa came round  and I helped Pa build wooden tables and chairs inside my new house.  Nanny and mummy tried to put my new cabin bed up which was delivered today but eventually had to enlist the help of the real builders.  I think I got in the way a bit but I only wanted to help!  Nanny whisked me off for bix and another bath and I fell asleep on the settee.  I awoke a couple of times in the night and got a bit confused with my back to front bedroom; my old mattress doesn’t fit my new cabin bed and so it is stood empty on one side of the room (where my old bed stood) and I’m sleeping in my old bed over the opposite side of the room and the wrong way round!

2019: How to confuse a kid! No wonder I’ve always had trouble sleeping – probably worried about who’s changing my bedroom around whilst I’m sleeping and what I’m going to be waking up to! Anyway, lie in today as off today and in the weekend when apparently parliament will also be in to vote on Brexit deal. Hmm. We’ll see – its all been a nightmare so far.