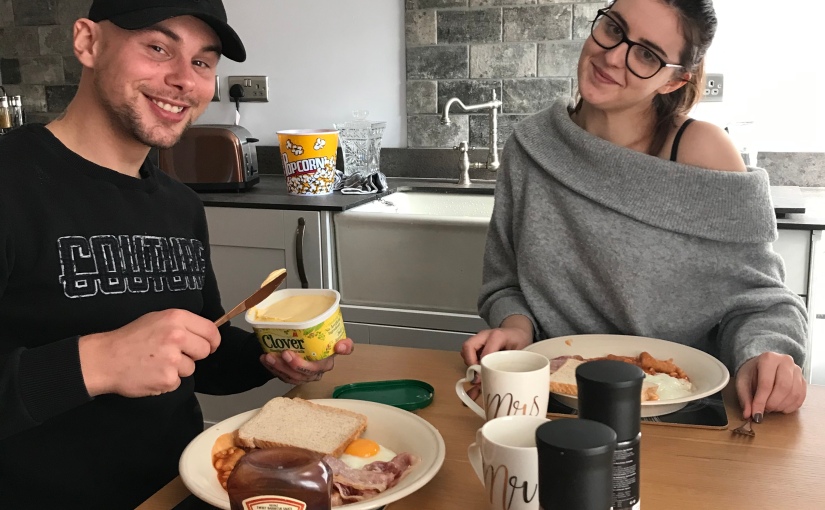 1999:  Was full of fun this morning- groomed spot the dog, wore mums slippers and basically just did silly things.  When we went out to the car we saw there was a man in a yellow box going up in the air.  Mum said he was mending the lights. I WANT A GO.  Life’s just so unfair.  On the way to Edons I saw a man on his motorbike, I waved and he waved back! I’m so well known around town.  Edon took me to the park but it was so muddy we all started sinking and I actually fell down a hole and ended up sinking to my hips!  Edon took us to the Village hall park instead whereupon, I decided to fall off the steps to the slide, but I was okay. When mum collected me, I had no trousers on and none to put on, as they were all muddy.  I wanted to go to Nanny’s but she was out. We went to Uncle Teddy’s instead, where we bumped in to Nan!  We stayed for a drink and then headed to Nan’s for tea.  I didn’t want any though.  When I went to get into the car, I realised Nan had disappeared.  I wasn’t having that.  I strode back to the front door.  ‘Nan’. ‘Nan’.  ‘Nan’. She re-appeared with a current bun.  Yum.

2019: Worked up an appetite today. Went over to mums to collect table and chairs, tv and ex box (must have been tired to go without them yesterday!) Mum and Mark came back with us and we cooked a very late brunch for us in our own home. Love this grown up stuff – might change my mind once the bills role in though!

I may do stupid things and make light of them but deep down there’s a reason and I love exploration, even if I cannot fully understand the outcome! View all posts by Ditzydotcom